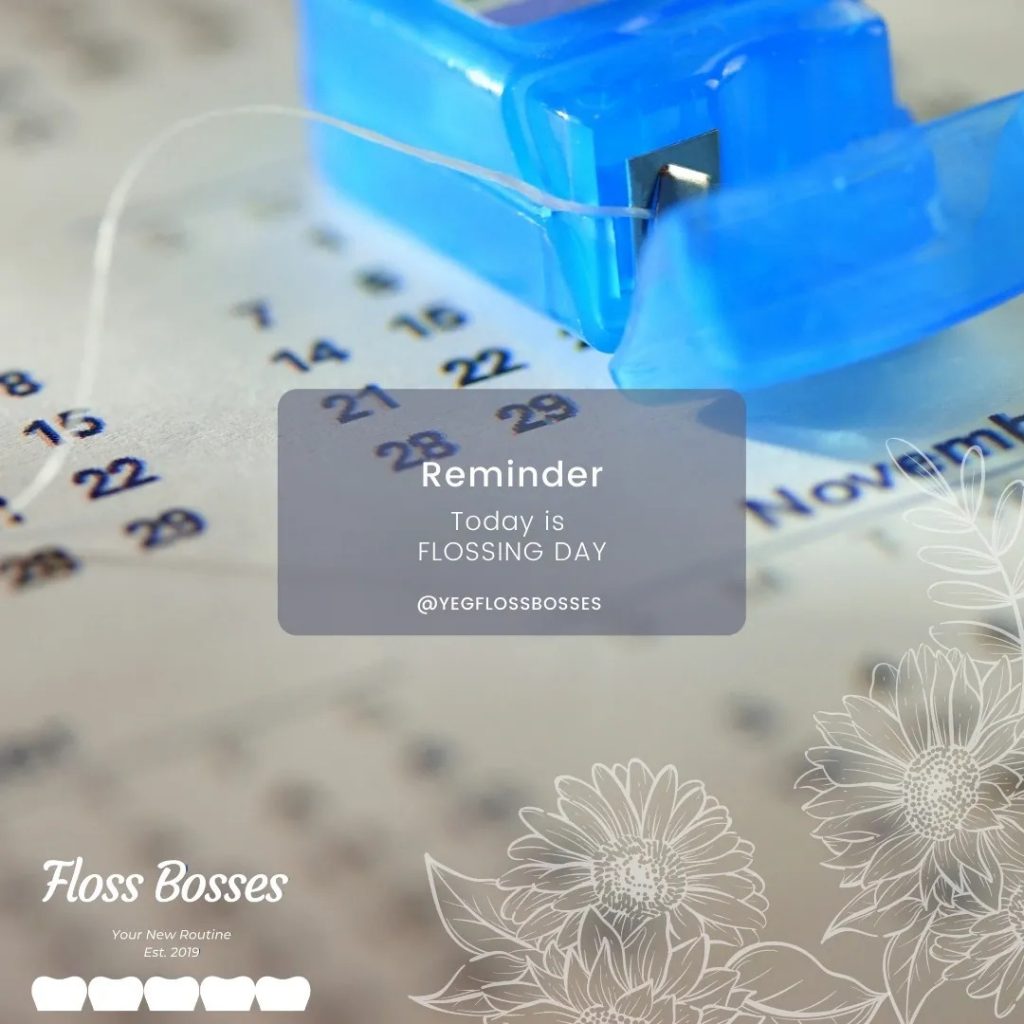 Floss or not to floss is the hardest existential question out there. NOT

But since we are the ultimate Floss Bosses, we must address the issue of flossing.

What are we exactly removing by brushing and flossing? Brushing and flossing remove biofilm (plaque) that accumulates on the teeth and in the gums. Studies show that biofilm also accumulate without eating. That’s probably because of the accumulation of dead cells from a typical cell turnover in the mouth.

Biofilm is film that forms on teeth. This film is a complex matrix of microbes, their byproducts (poop) and acid. Biofilm is very diverse in the types of microbes it harbours. It is so complex that is one of the toughest matters to get rid of. It leads to inflammation and formation of calculus (tartar).

Why do we need to remove this biofilm?

Because it is like a sponge. It absorbs more acid and more bacteria leading to gum disease, tooth decay and already mentioned calculus / tartar formation.

If not removed regularly, biofilm can cause inflammation of the gums within 24-48 hours and after 72 hours, with the help of minerals in saliva, biofilm starts to harden.

What removes this biofilm?

How was flossing invented? In 1815, a New Orleans dentist began advising his patients to use a thin silk thread to clean between their teeth.

Flossing minimizes the microbial burden on your overall health. You won’t drop dead from these bacteria but … 7 out of 10 Canadians have gum disease. Only 32% of peeps floss. The math maybe adding up.

How to do this so it’s done well?

You don’t really have to floss all of your teeth…..

Just the ones you want to keep!